Since Craft Beer Has Disrupted The Industry, What’s Next?

Craft Spirits Are Following The Same Trajectory As Craft Beer

“Craft beer completely disrupted what was once believed to be a very traditional business,” says Steven Earles, 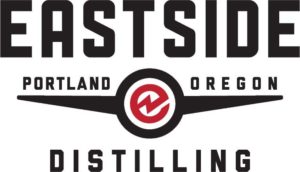 “We believe craft spirits will follow the same path as craft beer. It’s basically a slam dunk, according to the data… and our overall hunch.”

In 2008, when Earles’ distillery launched, there were only 210 craft distillers in America. Now, there are more than 700. Whiskey and bourbon continues its rapid growth. Helping to fuel this recent growth, women now represent 37 percent of the whiskey drinkers in the U.S., compared to just 15 percent in the 1990s.

And stories continue to unfold regarding possible bourbon shortages due to high demand. Innovations in distilling methods to create new flavor profiles are taking charge. Earles’ distillery uses locally sourced barrels and ingredients for their infused whiskeys and rums.

“Some states like Washington and Oregon – where we are based – have strict laws regarding quality control on distilled spirits,” Earles says. “We’re proud to be from the northwest and that we use locally sourced ingredients.”

Earles discusses America’s growing taste for quality spirits, and what craft may mean for the future of the liquor industry.

“While Fireball has proven to be more than just a flavor of the month, we’re counting on consumers seeking out still more twists in their liquor,” Earles says.
“Our locally sourced Oregon Marionberry Whiskey, for example, is a popular choice.”

“Perhaps Bacardi is ceding whiskey and bourbon to one image – the salt of the earth – whereas Bacardi’s efforts for their clear liquors are now meant to be aligned with a more glamorous lifestyle,” he says.

Steven Earles is the CEO of Portland-based Eastside Distilling, (www.EastsideDistilling.com), a producer of master-crafted spirits created from local ingredients and focused in small batches to ensure unparalleled quality. He is responsible for Eastside’s day-to-day operations as well as overseeing the company’s brand development and financial strategy. Earles, who joined Eastside in 2009, has more than two decades of executive experience and orchestrated the development and building of one of the largest land-development companies in southern California.