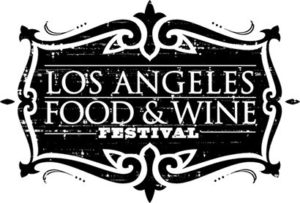 In addition to the extraordinary culinary talent on-hand, Los Angeles Food & Wine has been lauded for its headlining musical performances from award-wining artists, including Questlove and The Roots, Beastie Boys founding memberMike D, 2015 Academy Award-winner Common, and Grammy-nominee Gavin DeGraw.

In the next several weeks, the festival will be announcing confirmed programming and participants for 2016.  Please continue to check www.LAFW.com for updates!

Coastal Luxury Management, LLC (CLM), co-founded and managed by CEO David Alan Bernahl II, creates unique experiential opportunities in the hospitality, entertainment, restaurant, and event sectors. In addition to being named one of Inc. Magazine’s“Top Food & Beverage Companies” in 2012 and 2013, CLM has also been included in the annual Inc. 500/5000 ranking of the fastest-growing privately owned companies in the United States for the past two years. CLM produces Pebble Beach Food & Wine and the Los Angeles Food & Wine Festival, both recognized for the curation of the highest caliber of culinary and wine talents to create once-in-a-lifetime experiences. CLM’s catering division, Coastal Luxury Catering, combines the company’s restaurant and event divisions to offer full-service event planning and catering services for a variety of social, corporate, and non-profit events throughout the country. CLM’s restaurant division includes: Restaurant 1833, named one of Robb Report’s2012 “Best of the Best” and a James Beard Foundation 2012 “Best New Restaurant” nominee; Cannery Row Brewing Company, home to one of the largest draft and bottled craft beer selections in Central California; and is recognized as the founder and visionary behind Los Angeles’ iconic Faith & Flower,which under CLM’s leadership was an Esquire magazine national Best New Restaurant” honoree in 2014. In the winter of 2013, through their continued partnership with hospitality entrepreneur Charles Banks, CLM launched Vessel. Aimed towards redefining the way people dine. Vessel offers a highly curated selection of glassware and tabletop accessories sourced from across the globe for retail consumers and restaurant venues. For more information about Coastal Luxury Management, please contact media@clm-ca.com.

FOOD & WINE is the ultimate authority on the best of what’s new in food, drink, travel, design, and entertaining. FOOD & WINE has an extensive social media following on Facebook, Twitter, Instagram, Pinterest, Tumblr and Foursquare. FOOD & WINE includes a monthly magazine; digital editions on the iPad, Kindle Fire and Nook Color; a website, foodandwine.com; a books division; FWx, a digital brand and website for millennials; plus newsletters, clubs, events around the globe and a restaurant partnership, Chefs Club by FOOD & WINE.

Lexus launched in 1989 with two luxury sedans and a commitment to pursue perfection. Since that time, Lexus has expanded its lineup to meet the needs of global luxury customers. Lexus is now going beyond its reputation for high quality vehicles with the integration of innovative technology, emotional exterior and interior designs, and engaging driving dynamics and performance. With six models incorporating Lexus Hybrid Drive, Lexus is the luxury hybrid leader. Lexus also offers eight F SPORT models and one F performance model. In the United States, Lexus vehicles are sold through 235 dealers who are committed to exemplary customer service.