Congressmen Earl Blumenauer (OR-03) and Chris Collins (NY-27) introduced the bipartisan Cider Industry Deserves Equal Regulation (CIDER) Act.  The Act, HR 600, would amend the section of the tax code that deals with wine and related beverages, 26 USC § 5041, to support the growing number of craft and entrepreneurial cider makers, and tailor IRS rules to reflect variations in craft ciders across the country. 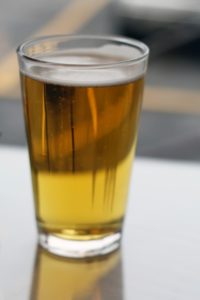 During the fermentation process, a variety of factors can lead to small changes in the composition of a cider’s alcohol content and carbonation. Because of the narrow way that hard cider is currently defined in the tax code, these small variations can lead to cider being taxed at a rate fifteen times higher than what the statute clearly intended. The Blumenauer-Collins bill would update the tax definitions to greatly reduce the chance that improper taxation could occur.  The bill would also broaden the definition to include both pear and apple ciders.

“Cider making is sometimes closer to an art than a science,” said Blumenauer.  “As the American apple and pear hard cider industry becomes more prominent on the world stage, and cider becomes a beverage choice for more Americans’ developing palettes, we need to ensure that cideries have every opportunity to expand and meet the needs of this growing market without an unfair tax burden.”

“I am proud to introduce legislation that will support our nation’s apple growers and cider makers,” said Collins. “The CIDER Act will help spur growth in these industries by restructuring taxes to fairer rates that take into account the natural variations in the cider making process.  I thank Representative Blumenauer for joining me in this goal to reduce burdens on small businesses and simplify our tax code” said Congressman Chris Collins.

“Confusing regulations and contradictory enforcement of rules is the name of the game for startup and experienced cidermakers alike,” said Nat West, owner of Reverend Nat’s Hard Cider in Portland. “The cider industry is growing astoundingly fast, with Oregon and the Northwest being a hotbed. With clear regulations and a tax structure that mirrors the real world of this agricultural product, we will expand quickly and make ciders that people want to drink.”

The changes proposed by Congressman Blumenauer and Collins will update the existing federal definition of cider to better reflect the industry and keep American cider competitive in the international marketplace. Production nationally has been robust, more than tripling from 9.4 million gallons in 2011 to 32 million gallons in 2013. Cider revenues in the U.S. have been just as impressive, tripling from $178 million in 2007 to $601 million in 2012.

“We are very pleased that Congressmen Blumenauer and Collins are working to assist cideries–not only in our part of the country, but nationally as well,” said Sherrye Wyatt, Executive Director of the Northwest Cider Association, which represents cideries in Washington, Oregon, Montana, Idaho, and British Columbia. “These Main Street small businesses are ready to expand their capacity to keep up with strong demand, create jobs, and become a key component of the country’s economic recovery. With tremendous growth, it’s an unprecedented time in the Northwest cider industry.  We need to remove any barriers which may prevent cider from realizing its greatest potential and write a new chapter in history.”

“Today, Congressmen Blumenauer and Collins took a critical first step towards making the United States hard cider industry more competitive internationally and treated more fairly under the tax code,” said Mike Beck, President of the United States Association of Cider Makers (USACM). “Our industry has tripled in size since 2007 and the existing tax structure is insufficient to deal with this growth.  As a result, the potential to stunt this surge exists, and HR 600 will remedy this problem.  On behalf of the United States Association of Cider Makers, I am pleased to fully endorse this legislation and pledge our grassroots efforts to this legislation’s success.”

Rep. Blumenauer will be addressing the 2015 Cider Convention on February 6th in Chicago.