Gloria Ferrer Caves & Vineyards and Top Chef star Brooke Williamson have teamed up and are on a mission to discover the most glorious appetizer recipe in the country through the first ever nationwide “Glorious Bites Challenge.”  Starting today, people 21 and over are encouraged to channel their inner-foodie and submit their signature appetizer recipe best paired with Gloria Ferrer’s Sonoma Brut.  For official rules and to enter by August 31, 2015, please visit www.gloriousbites.com.

“For our first ‘Glorious Bites Challenge,’ appetizers will be judged on originality, perceived taste appeal and perceived ability to pair with our Sonoma Brut,” said Eva Bertran, Vice President of Marketing at Gloria Ferrer.  “Our Sonoma Brut has been produced since our winery was founded in 1986.  It’s a lively and tremendously versatile wine.  In that spirit, we have given our fans total creative control, so don’t be afraid to sparkle and perfectly blend your ingredients!”

Each recipe entered will be reviewed by a panel of wine and food experts to select the top ten semi-finalists to participate in live cook-offs judged by Williamson either in New York or San Francisco in September.  Regional Semi-Finals are scheduled to take place in the following locations:

Only four competitors will move on to the National Finals on Saturday, October 10, 2015, at Gloria Ferrer Winery in Sonoma, California, in which Williamson and the expert panel will choose the grand-prize winner with the most glorious bite, awarding the lucky individual a $5,000 cash prize.

For inspiration for your own glorious bite that pairs perfectly with Sonoma Brut, please take a look at Brooke Williamson’s signature recipe for Grilled Oysters with Toasted Prosciutto Quinoa Crumbs at www.gloriousbites.com/Brooke_Williamson_Recipe.pdf.

About Gloria Ferrer
A pioneering history and approach to Pinot Noir and Chardonnay have made Gloria Ferrer Caves & Vineyards a leader in Californiasparkling wine for almost 30 years.  Founded in 1986 in Sonoma, California, by the Ferrer family of Spain, Gloria Ferrer combines the best of sparkling winegrowing history with the bounty of the Carneros winegrowing region using time-honored methode champenoise winemaking traditions and centuries-old sustainable practices.  Gloria Ferrer produces the most awarded California sparkling wines that have won over 400 gold medals and received 30 outstanding 90+ point ratings in the last 5 years. Discover the Glorious Life at www.gloriaferrer.com.

About Brooke Williamson
Brooke Williamson’s entire life has always been about food.  Ever since she can remember, Williamson wanted to become a chef or a restaurateur.  A native of Los Angeles, Williamson began her culinary career at a young age as a teacher’s assistant at the Epicurean Institute of Los Angeles.  After working with some of the country’s top chefs, her dream has finally been realized in the form of successful ventures such as Amuse Cafe, Beechwood, and projects with chef-husband Nick Roberts, Hudson House in Redondo Beach, The Tripel & 4-in-1 concept Playa Provisions in Playa Del Rey.

Williamson recently placed first-runner up on Top Chef Season 10 in Seattle, which has catapulted her to “Celebrity Chef” status.  Williamson also starred as a host and mentor on MTV’s first foodie series, House of Food, recently won her battle on the popular Esquire series, Knife Fight, and has competed on Bravo’s newest series, Top Chef Duels.  Williamson has also appeared as a guest on The Talk, Watch What Happens Live, Hallmark Channel’s Home & Family and international talk show, Arise 360. 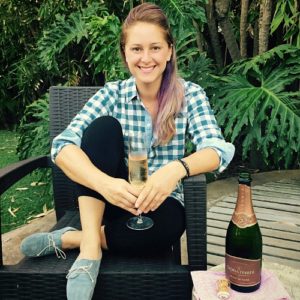