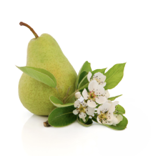 Tulalip, Washington — Tulalip Resort Casino’s culinary team is excited to be showcasing Washington state’s fresh organic pears from Yakima’s Superfresh Growers during their December and January Pear Affair event, which runs from December 1 through January 2017. Every dining venue is getting in on the celebration from pear inspired drinks to savory and sweet dishes prepared with a variety of local pear varietals. It is sort of like speed dating for pears.

In 2009, Yakima’s Superfresh Growers Logistics was born from the creators that made DSG one of the world’s largest growers and marketers of apples, pears, and cherries. The company became recognized worldwide for its produce expertise and pioneering work in freshness. Integral to the company’s success was its transportation division, which now operates independently and serves the entire produce industry. Superfresh Growers Logistics is led by fifth generation family member Kevin Kershaw, Director of Transportation.

“We have been farming the land in eastern Washington for over 125 years and share the same American farming family values as the many Superfresh growers who grow fruit for the Superfresh Growers brand. Namely, to grow and deliver safe and healthy fruit to families around the world,” states Robert Kershaw, President.

“We are so thrilled about our new dining event — Pear Affair, which takes place post Washington state’s pear harvest. This sweet fruit is one of Washington’s crown jewels, and we are placing it on the pedestal it so deserves.  We are pairing up with Yakima’s Superfresh Growers chief horticulturist to create the perfect union of grassroots organic farming with dishes prepared by our creative chef team,” shares Executive Chef Perry Mascitti. “Guests can experience this glorious bounty and culinary artistry each night at all of our restaurants, where chefs will prepare their savory pear creations along with a selection of sweet endings prepared by our pastry chef.  It’s a flavor journey that shouldn’t be missed — so come celebrate with us!”

All set with the pear drinks and looking for a sweet and savory new pear dish? Check out the following:

The Resort’s Carvery is getting wrapped up in their Pear Affair Chicken Salad Wrap with diced chicken, organic D’Anjou pears, Craisins, candied walnuts, and chopped celery tossed in a Waldorf Dressing rolled in a flour tortilla.

Eagles Buffet is going wild with their Baked Wild Sockeye Salmon served with a pear butter made with organic pears, topped with crushed candied pecans and seasoned with Eagles Buffet sweet and spicy salmon rub.

For more information about Tulalip Casino Resort or to book a spot at one of the peared-up restaurants, visit tulalipresort.com.