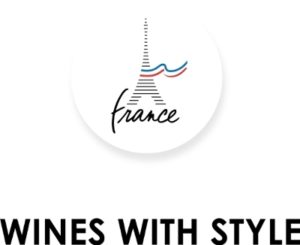 Wine is a women’s affair and a weapon of seduction, according to the cumulative work of French wine researcher Isabelle Foret, who has closely examined the relationship between gender and wine consumption behaviors over the past thirty years.

A Burgundy native, Foret stated: “Wine isn’t just taste; it’s a combination of sensory input that differs from one gender to another. With that in mind, women’s sight and smell play as big of a role as taste in explaining their strong appreciation of wines.” Most pervasive observations include:

“Women are certainly more educated about wines than ever before, but first and foremost, they are naturally gifted to lead the sector,” Foret said. “This is not marketing, this is science,” she added.

Live experiment disclosing further insights on women’s unique connections with wines will be held at Best of France’sGrand Wine Tasting:

Other key findings of Isabelle Foret include the correlation between wine consumption and the act of seduction.

About Isabelle Foret
A lifelong wine expert and researcher, Isabelle Foret has largely contributed to feminizing the wine industry and oenology, bringing forth women’s increased senses as well as the romantic and sexual rites related to wine drinking. Isabelle Foret is the spokesperson for Wines of France, a trade association that represents the entirety of French wine producers and exporters globally.

Wines of France, Wines with Style
Wines with Style is an overarching communications campaign promoting all French wine regions overseas and in the United States.